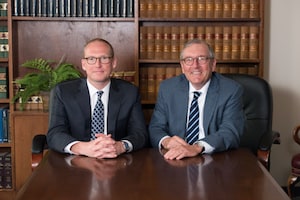 Robert Naumes has litigated cases against the manufacturers of defective products for over thirty years throughout New England. He has a special expertise in prescription drug litigation and birth control devices.

Recently he has worked on multiple significant product liability wrongful death cases including one that involved a palletizer at a manufacturing plant. A young worker was crushed to death by this machine.

Mr. Naumes obtained a significant settlement for this worker despite the fact that the plant had altered the machine. Mr. Naumes was also able to demonstrate through his expert that the machine would have malfunctioned without the plant's alterations.

Mr. Naumes is lead counsel on a wrongful death case in New Hampshire that involved the death of a brewery worker from an exploding plastic keg. Mr. Naumes was able to gain access to the keg prior to litigation in order to conduct testing. This case remains in suit with a trial expected in [trial date]

Mr. Naumes has and will continue to litigate cases against drug and medical device manufacturers, including the manufacturers of metal on metal hips, transvaginal mesh, and Actos.

Robert Naumes was part of a team of lawyers representing Massachusetts in a landmark lawsuit against the Tobacco industry, which resulted in an $8 Billion settlement. The lawsuit sought to recover the cost of Medicaid payments made for tobacco-related diseases. The case resulted in a settlement, which paid Massachusetts hundreds of millions of dollars each year for over two decades.